Alternative Dispute Resolution – Your Key to Staying Out of Court

Construction industry disputes are common and the amounts in dispute are frequently quite large.  Such disputes are often very complex making it difficult to present issues clearly to non-technical triers of fact. Until the late 1980s, the traditional dispute resolution process involved negotiations, possibly mediation, followed by litigation. Although the construction industry is not typically considered to be progressive or forward thinking, with respect to disputes resolution the industry has developed a number of alternative means of resolving disputes. Numerous ADR techniques have been developed and implemented, all with the end goal of resolving disputes without resorting to traditional, time-consuming and expensive litigation. This webinar discusses nearly thirty forms of ADR that are being used in the construction industry today. While some are merely variations of a theme, all are different, and all have advantages and disadvantages that should be considered prior to selection. The various forms of ADR are presented in logical order following a dispute from the project site to the adjudicative forum. 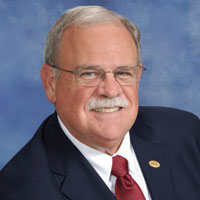